One of the very best pairings with Cinco Jotas acorn-fed 100% ibérico ham would have to be the exceptional wines of Jerez. The most impressive of which would be the Old Wines or VORS (Very Old Rare Sherry), aged on average over 30 years. These distinguished wines originate from the DNA of the most exclusive wines and the most limited production of all those made according to the oldest Designation of Origin in Spain: Jerez-Xérès-Sherry.

Within the Osborne Group we have the privilege of developing these exclusive categories of wine, the VORS, and we wanted to experiment with how they harmonize with the flavours of our Cinco Jotas products. Below you will find some of the exquisite sensations that arise from this wonderful combination of enological jewels from Jerez (Fino Coquinero, Palo Cortado Capuchino VORS and Amontillado 51-1ª VORS) and our treasure from the Spanish meadows: acorn-fed 100% ibérico ham.

Fino Coquinero is a wine made from the 100% Palomino Fino variety. A dry wine aged biologically for years, under the veil of flor (a film of yeast), ending in oxidative aging. A wine of golden yellow colour with light golden reflections and a transparent coating. 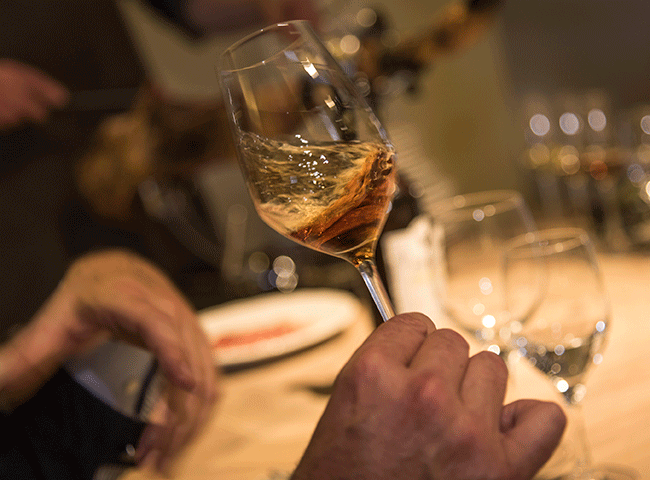 A touch of wood on the nose (aged in American oak trees) stands out from the start. Subsequently, notes reminiscent of baking and yeast emerge and, of course, savoury memories that take us to the coast of Cádiz. With an alcohol content of 17º, this is a strong wine with body, texture and volume ... what our ancestors called "un fino gordo", or a “fat ending”. It is round wine without edges, while being very dry and perfect to enhance the subtle notes of the babilla – the long flat side of a Cinco Jotas ham. The babilla is an area with less fat infiltration and perfectly lends itself to interaction with a flavour enhancer such as Coquinero, which highlights its unique characteristics. In the absence of other wines, Coquinero would be a perfect choice for any cut of ham.

Palo Cortado Capuchino VORS is one of those distinguished relics reserved only for the most experienced of palates. Made from 100% Palomino grapes from the Macharnudo vineyards, this wine is produced the same way since 1790 using “criadera” nurseries in the “solera” maturation system. This dynamic process using oxidative aging helps create one of the most mysterious and complex wines produced by Osborne in its wineries located in El Puerto de Santa María

The Mystery of Jerez, as some have called Palo Cortado, has a mahogany colour and a transparent to semi-transparent coating. It’s a luminous wine which indicates that the solera maturation system is in perfect condition. On the nose there are notes of old wood, nuts (hazelnuts and walnuts), leather, glycerine, and some subtle notes of citrus peel and coffee. 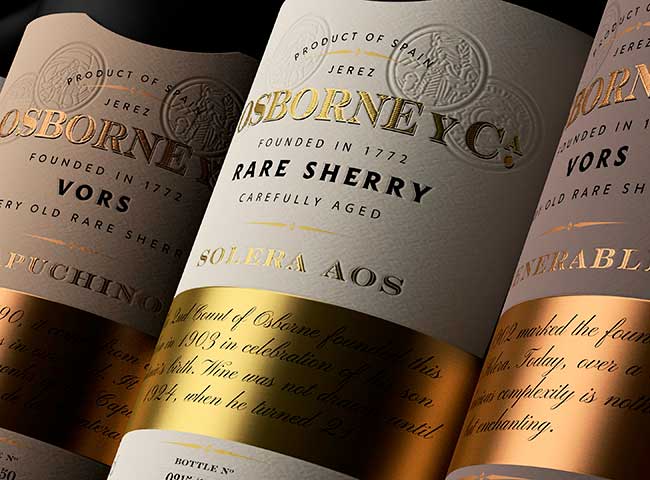 The palate is completely dry; powerful, pungent and fleshy. It highlights that unique characteristic of umami when our taste buds decompose and begin to salivate. This feature is what leads us to pair it with the area of the maza (rounded side of the ham). The maza is undoubtedly one of the most preferred cuts due to its abundant fat infiltration and its deep, lingering flavour. Cuts with a higher fat percentage require wines with a higher volume of alcohol. The alcohol content of Palo Cortado stands at 20º, which allows the fat to melt quickly in the mouth and travel all throughout the palate. This is a complex and persistent combination, both on the palate and lingering deliciously in the memory. 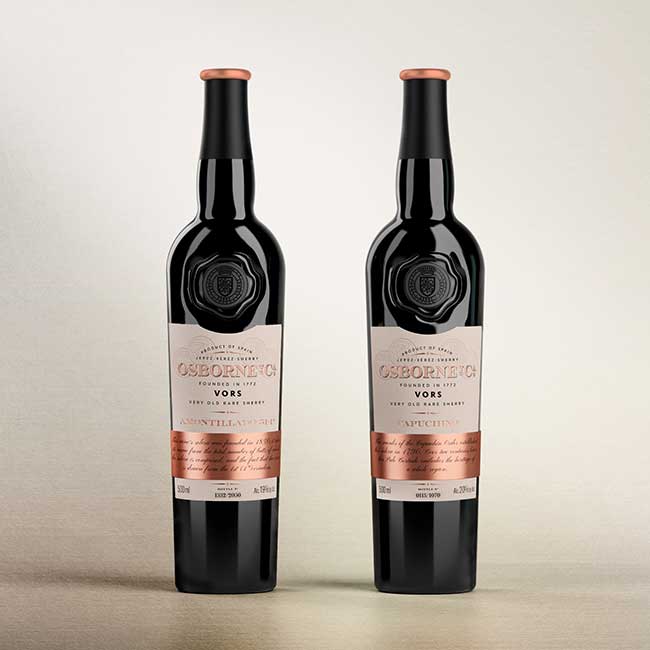 Amontillado 51-1ª VORS comes from a solera maturation system created in 1792 and is made from 100% Palomino grapes. A wine with golden or amber colour, it has volume and a very transparent coating. On the nose, old wood stands out once again as well as notes of minerals, reminiscent of the Albariza soil where the vineyards are planted. They also highlight pungent notes of ageing under the veil of flor, well integrated into the rich spices of oak, with a delightful nuance of hazelnuts.

A wine with a generous volume of alcohol up to 19º; wide, clean, balanced and perfect to pair with the punta of a Cinco Jotas ham (large end of the ham, opposite side from the hoof). This is one of the cuts with the greatest aromatic complexity and the most pronounced persistence: it offers a very durable aftertaste that will linger in the mouth. During the years in the curing cellars, many of the flavours of the ham are concentrated in the punta, more than any of the other cuts. It is perhaps one of the least defined yet most interesting cuts of 100% ibérico ham.